With school closures triggered by COVID-19 disrupting both education and access to nutritious meals, two UN agencies on Tuesday launched new measures to help improve the well-being of 1.9 billion school-aged children and adolescents around the world.

There has been increased stress, anxiety and other mental health issues, while an estimated 365 million primary school students have gone without school meals, according to the World Health Organization (WHO) and the UN specialized agency handling education issues, UNESCO.

Based on a set of eight global benchmarks, Global Standards for Health-promoting Schools, calls for all classrooms to promote life skills, cognitive and socioemotional skills and healthy lifestyles for learners.

WHO and @UNESCO urge countries to make every school a health-promoting school, following the Global Standards for Health-promoting Schools that aim to ensure all schools promote life skills, cognitive & socioemotional skills & healthy lifestyles.https://t.co/qnMB3EprR8

“These newly launched global standards are designed to create schools that nurture education and health, and that equip students with the knowledge and skills for their future health and well-being, employability and life prospects”, said WHO Director-General Tedros Adhanom Ghebreyesus.

Clear evidence shows that comprehensive health and nutrition programmes in schools, have significant impacts among students.

“Schools play a vital role in the well-being of students, families and their communities, and the link between education and health has never been more evident”, Tedros added.

The new standards, which will be piloted in Botswana, Egypt, Ethiopia, Kenya and Paraguay, contribute to WHO’s target of making one billion people healthier by 2023 and the global Education 2030 Agenda coordinated by UNESCO.

“Education and health are interdependent basic human rights for all, at the core of any human right, and essential to social and economic development”, said UNESCO Director General, Audrey Azouley.

School health and nutrition interventions in low-income areas where impediments such as parasitic worms or anemia are prevalent, can lead to 2.5 years of additional schooling, according to the UN agencies.

Moreover, malaria prevention interventions can result in a 62 per cent reduction in absenteeism; nutritious school meals upped enrolment rates by nine per cent, and attendance by eight per cent on average; and free screening and eyeglasses have raised the probability of students passing standardized reading and math tests by five per cent.

And promoting handwashing has cut gastrointestinal and respiratory illnesses between 21 and 61 per cent in low income countries, resulting in fewer absentees.

“A school that is not health-promoting is no longer justifiable and acceptable”, said Ms. Azouley.

Comprehensive sex education encourages healthier behaviour, promotes sexual and reproductive health and rights, and improves outcomes such as a reduction in HIV infection and adolescent pregnancies, WHO and UNESCO said.

By enhancing water and sanitation (WASH) services and supplies in school, as well as educating on menstrual hygiene, girls can maintain themselves with dignity and may even miss less school while menstruating.

“I call for all of us to affirm our commitment and role, to make every school a health-promoting school”, underscored the UNESCO chief.

The Health Promoting Schools approach was introduced by WHO, UNESCO and the UN Children’s Fund (UNICEF) in 1995 and adopted in over 90 countries and territories.

However, only a small number of countries have implemented it at scale, and even fewer have effectively adapted their education systems to include health promotion.

No safe harbour: lifting the lid on a misunderstood traffick...

UNICEF sounds alarm over abductions of women and children in... 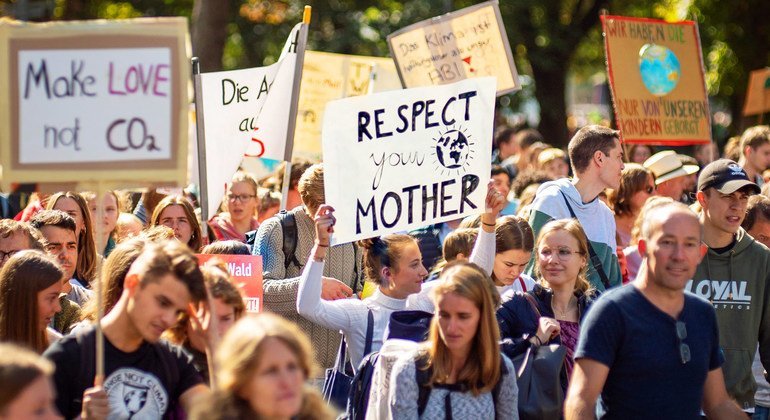